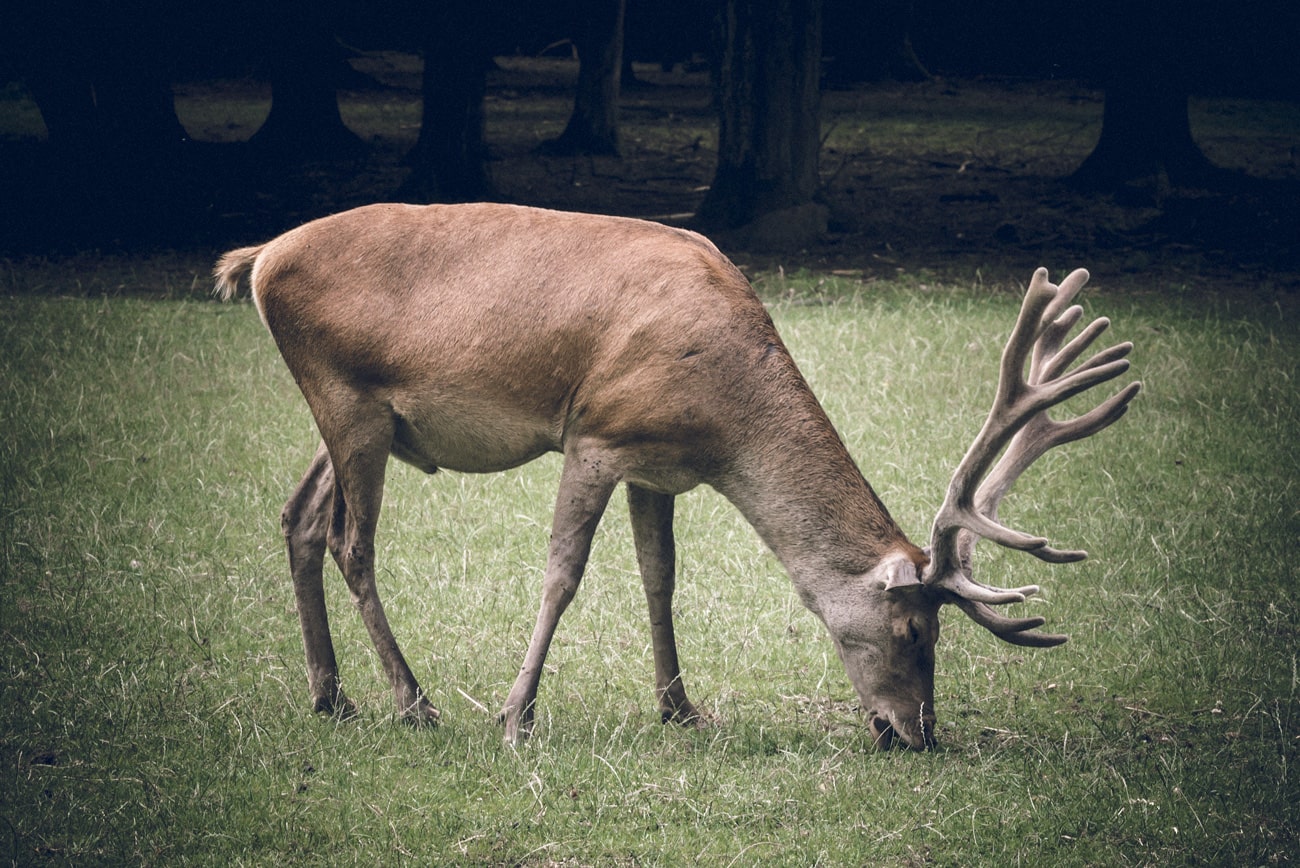 Picture of a beautiful red deer, a male with beautiful antlers, taken in Bialowieza, National Park in Poland.

Red deer (“Cervus elaphus” – Scientific Name) is one of the largest deer species, an animal that has existed at least since the last ice age, that’s quite interesting, don’t you think?

Only male deers have antlers, and they shed them every year. They grow surprisingly fast, about 2.5 cm a day (1 inch per day).

This picture was taken in July and as they start growing antlers in spring, they would be only a couple months old.

Especially in the top part of the antlers, it seems like they are still growing and don’t have “sharp” edges. (but that’s just my personal guess!)

In Poland its quite easy to see deers, but Bialowieza National Park would be the best place to see them, but not only them.

Would you believe that in Bialowieza 11559 animal species were identified? That’s a big number in my opinion.

A large number of animal species might be one of the reasons why Bialowieza was added to the UNESCO World Heritage List in 1979.

It’s certainly one of the places in North-East Poland that brings many tourists, and it’s an amazing place.

Of course, red deers like this one on the picture can be found there, but also the most popular animal of the Park – “European Bison”, called Żubr in polish language.

Have you been to Bialowieza Park yet?
Whenever you’re traveling to North-East part of Poland, make sure you find some time to visit this beautiful place, it’s not the only beautiful spot in that part of Poland!

This picture belongs to animals, pets and insects collection, check it here for other images.

Feel free to download this image for free to use on your blog or web article.