Today in this post, I’m taking you to a fireworks festival, one that is the longest-running off-shore festival in the world. Enjoy pictures from the festival that is in Vancouver for 29 years and it’s very popular among Vancouverites and tourists, that often come to enjoy this spectacular show.

I’m not sure how it was at the beginning, but generally every year there are three countries that do their fireworks performance accompanied by music.

Here, I’m sharing with you pictures from Honda Celebration of Light that took place in 2017.

The festival takes place during summer on Saturday, Wednesday and another Saturday, at the end of July and beginning of August. 3 countries perform and one of them is… Canada.

In the year 2017, it was Japan and the United Kingdom to join the “home” country to give their best performances.

Nowadays it’s called “Honda Celebration of Light”, but originally it was called the “Symphony of Fire”. Which name do you prefer?

It was a year when British Columbia was facing wildfires problem and the effects of it could be noticed in Vancouver. Someway affected the images of United Kingdom performance.

But also, I found the location I chose for Japan’s performance suited me better, so these images I share with you first. “Go Japan!”.

Don’t forget, you can download each picture for free to use on your blog or web article, as it’s explained in the box below!

Pictures of the fireworks shared here were all taken by me. They are here for writers in need of free images for blogs or web articles. Please add appropriate attribution.

This work is licensed under a Creative Commons Attribution-NonCommercial-ShareAlike 4.0 International License.

First of all, please enjoy the pictures! And second “primo” ;)… yes, Japan has won the Honda Celebration of Light fireworks in 2017!

Congratulations! It truly was a beautiful performance. 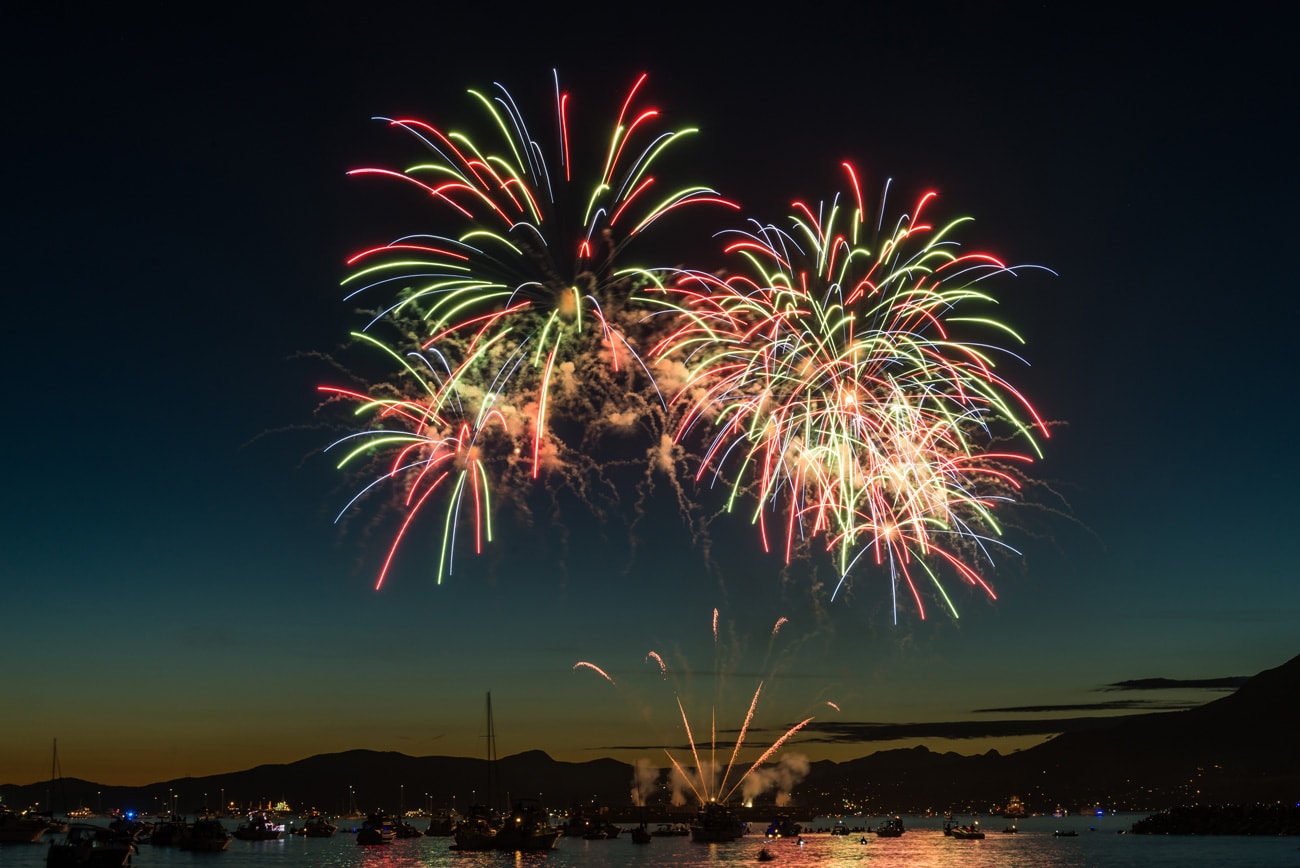 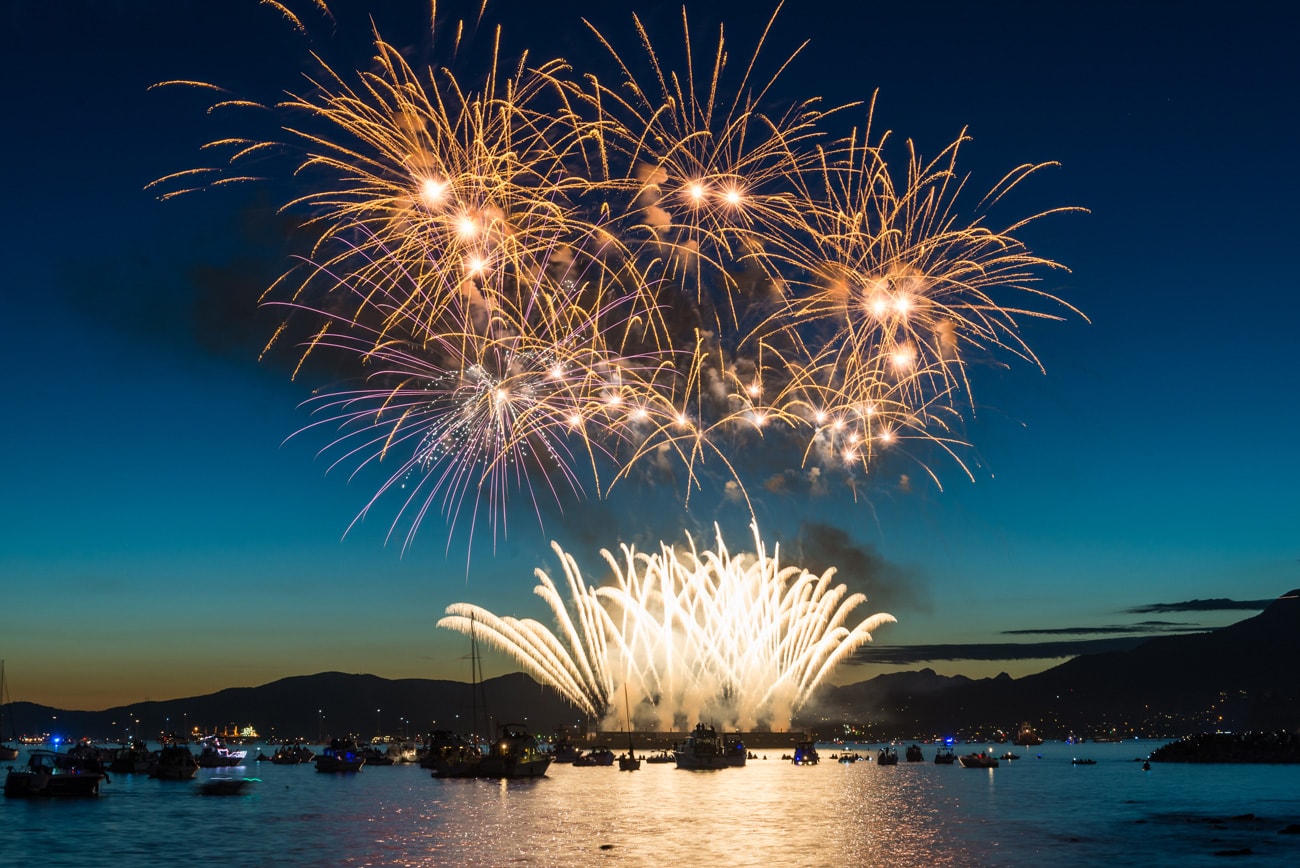 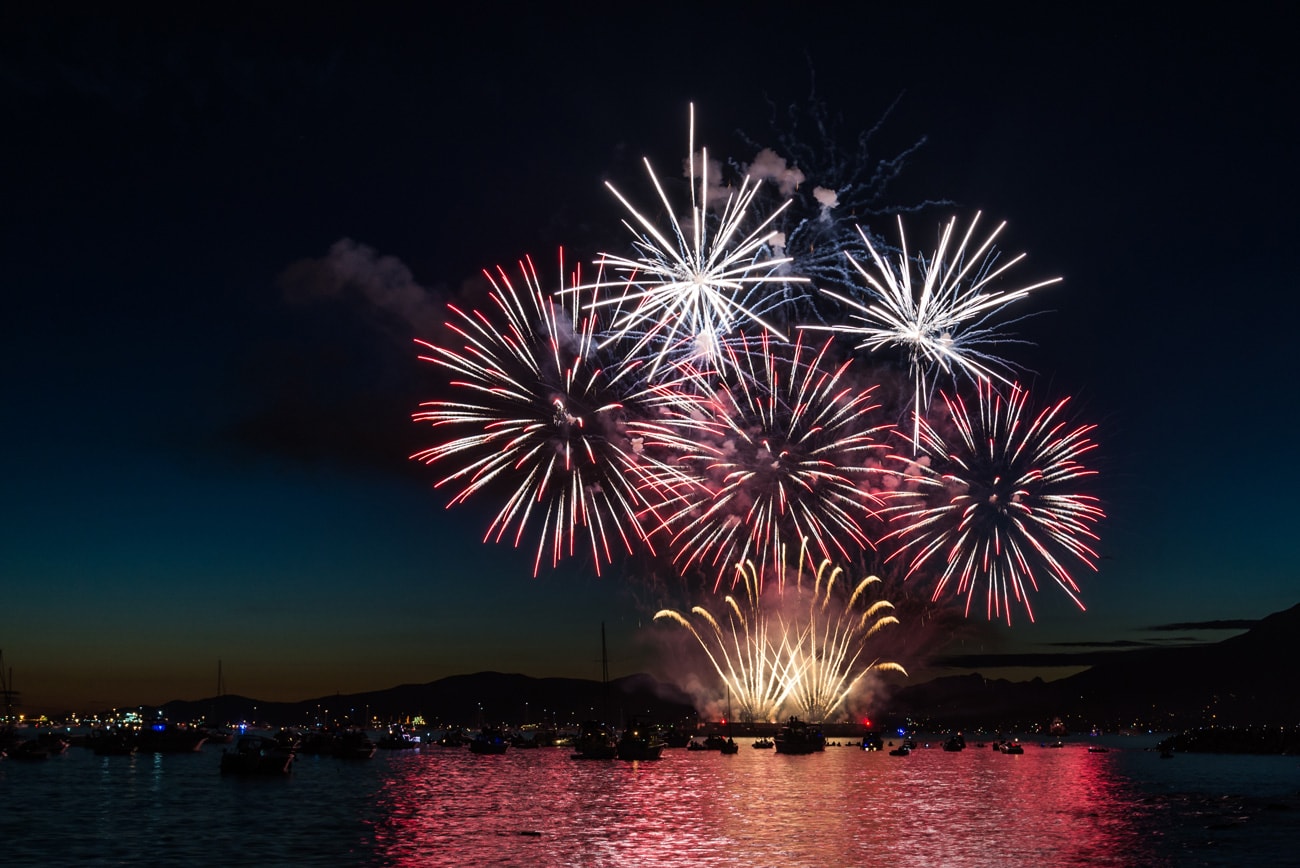 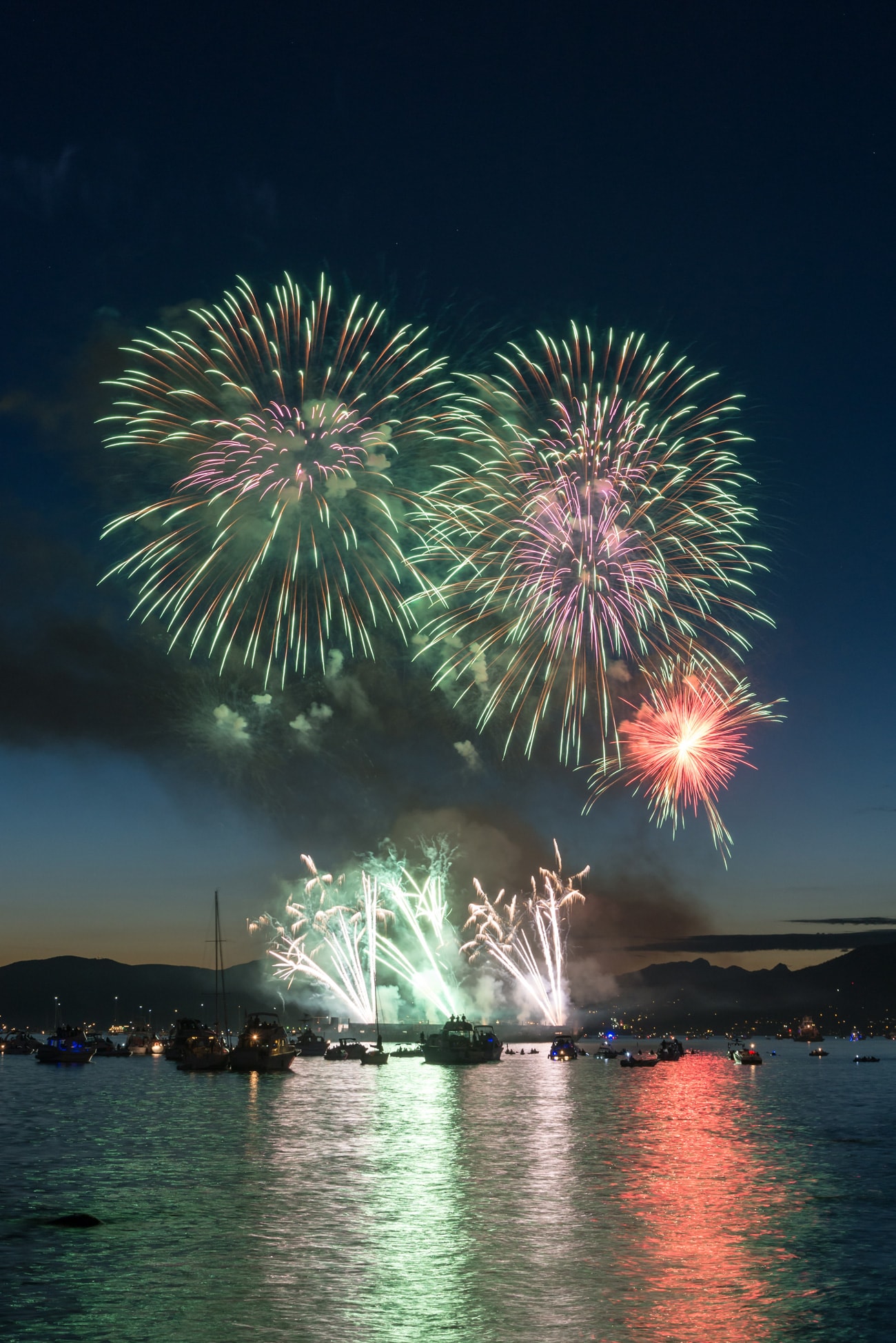 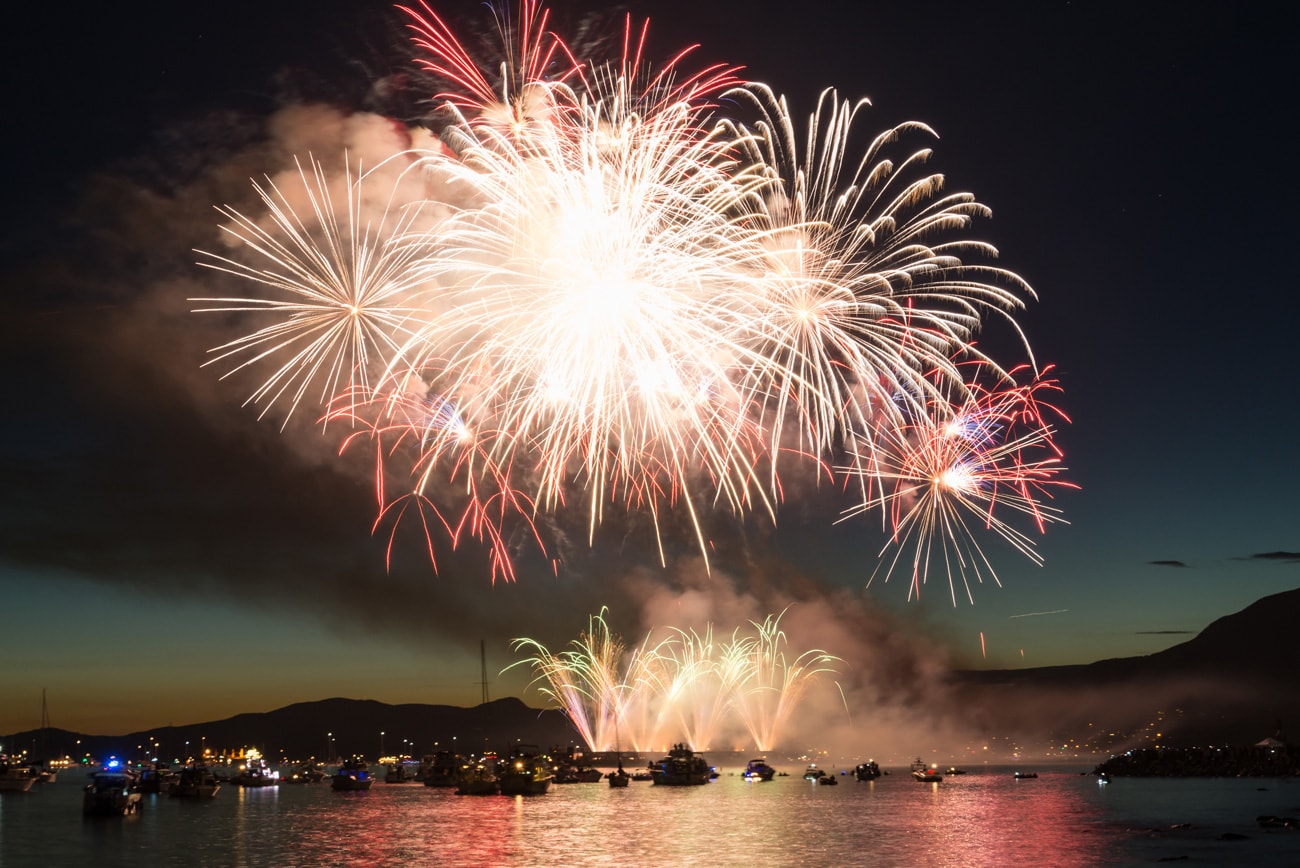 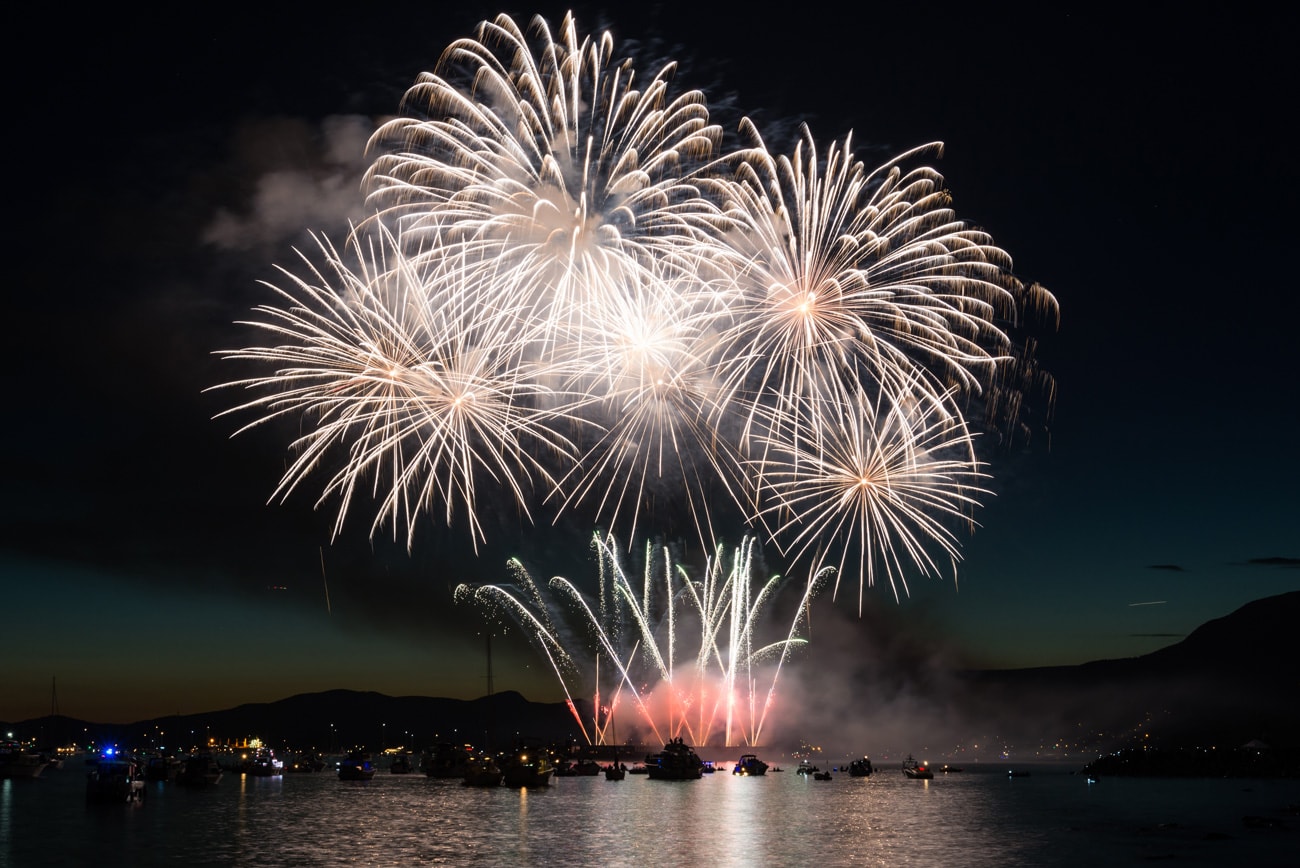 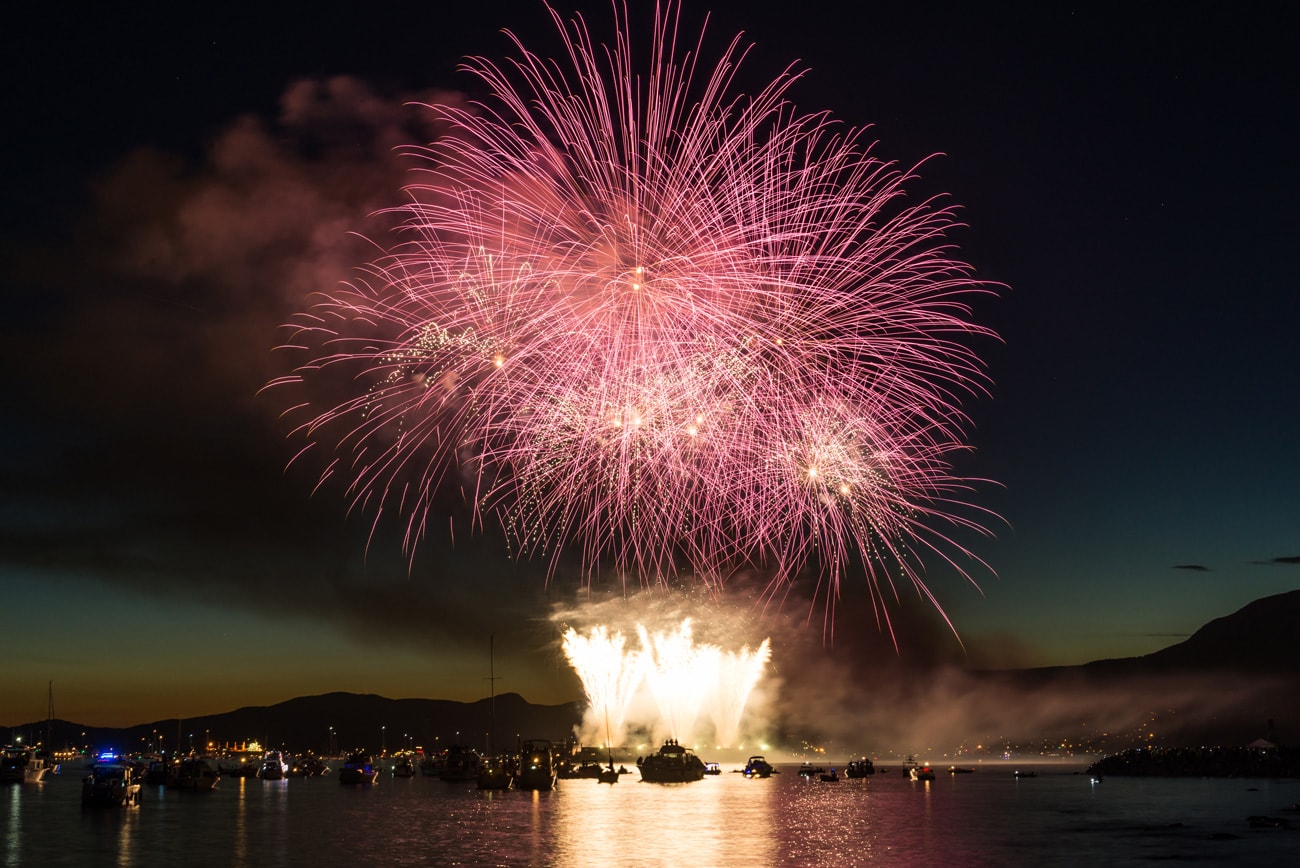 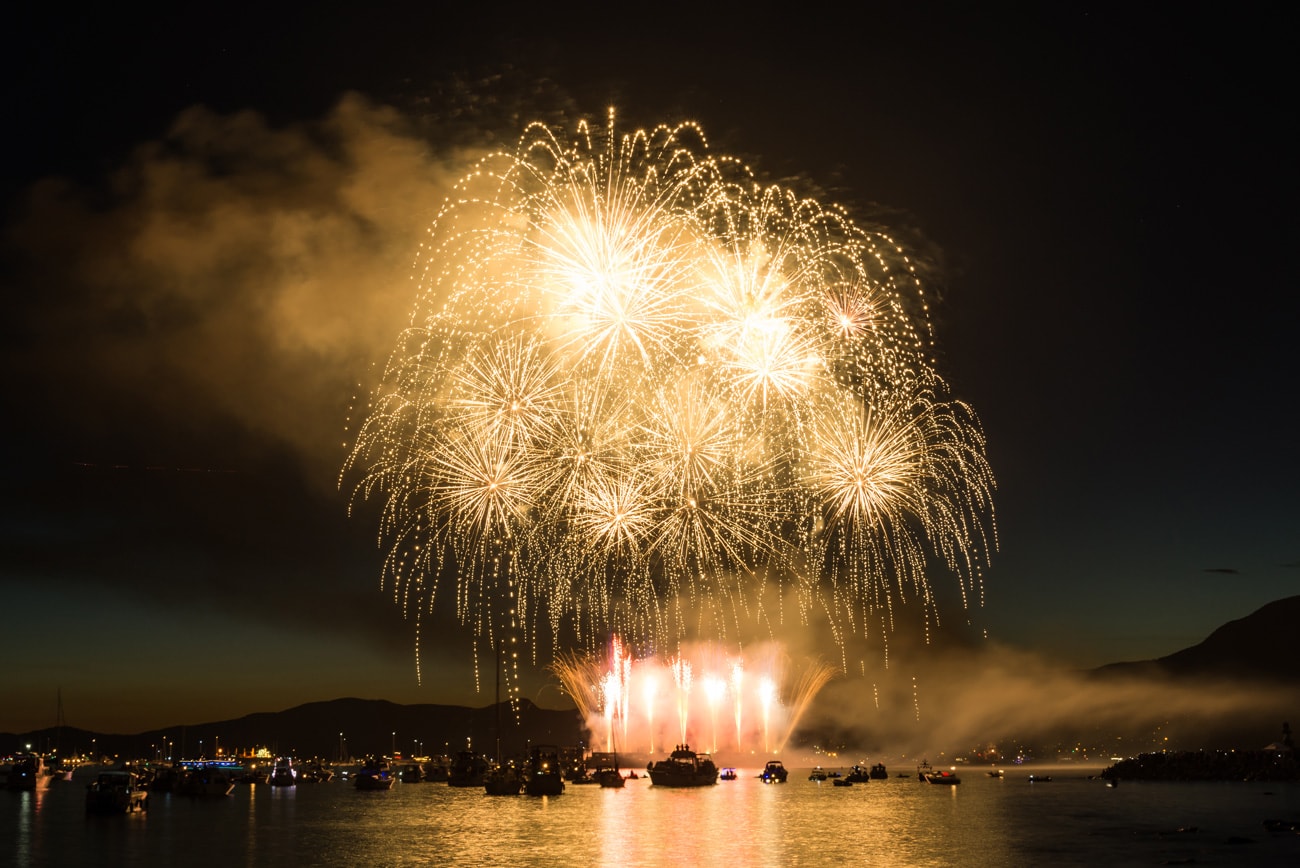 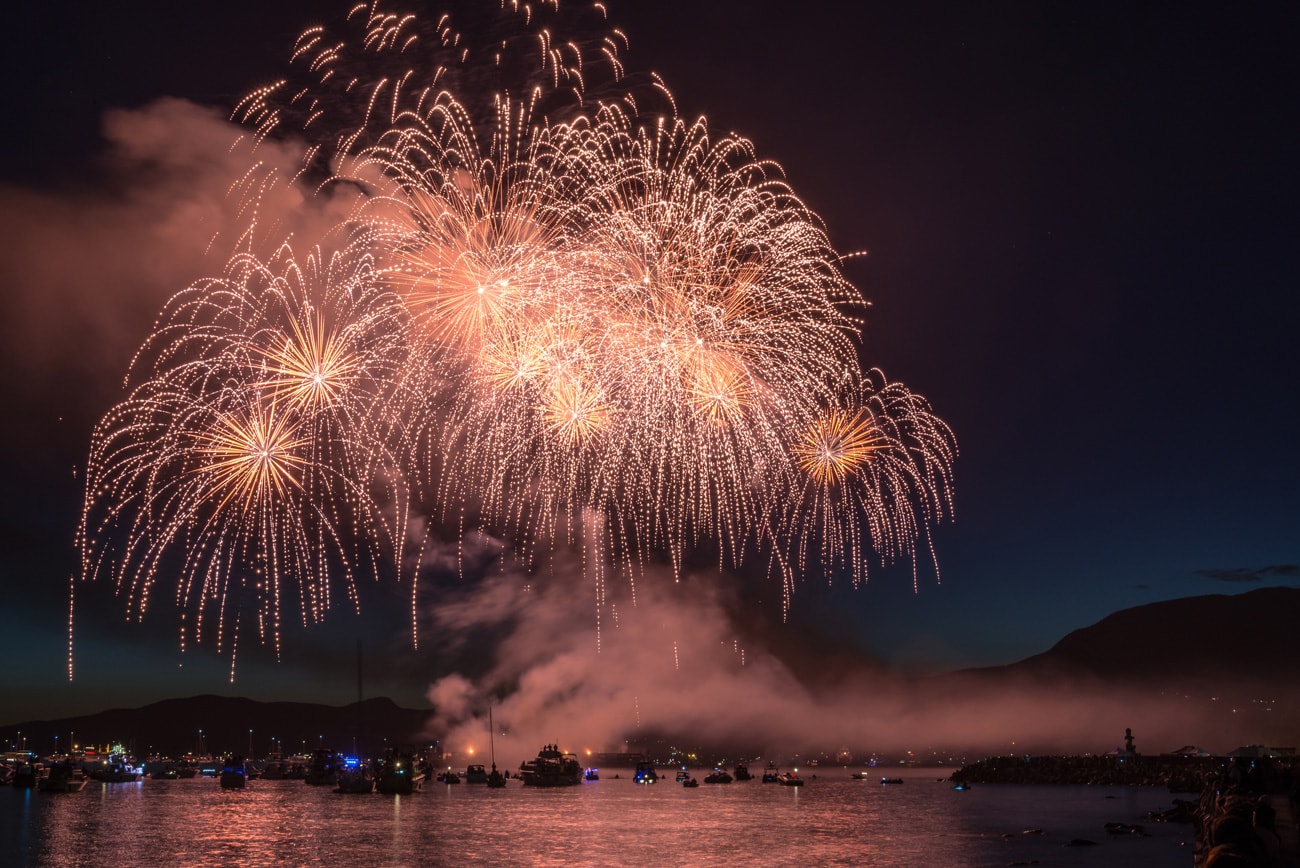 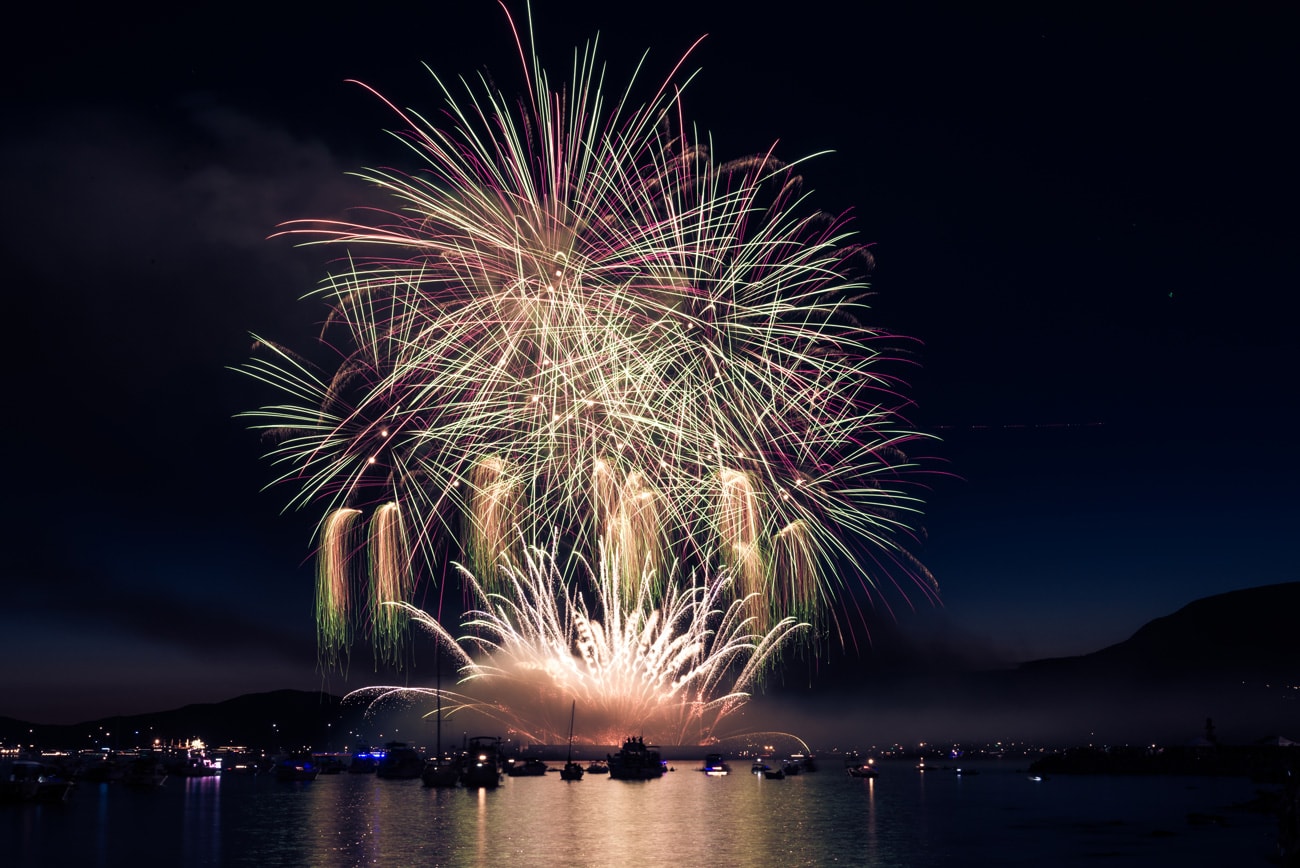 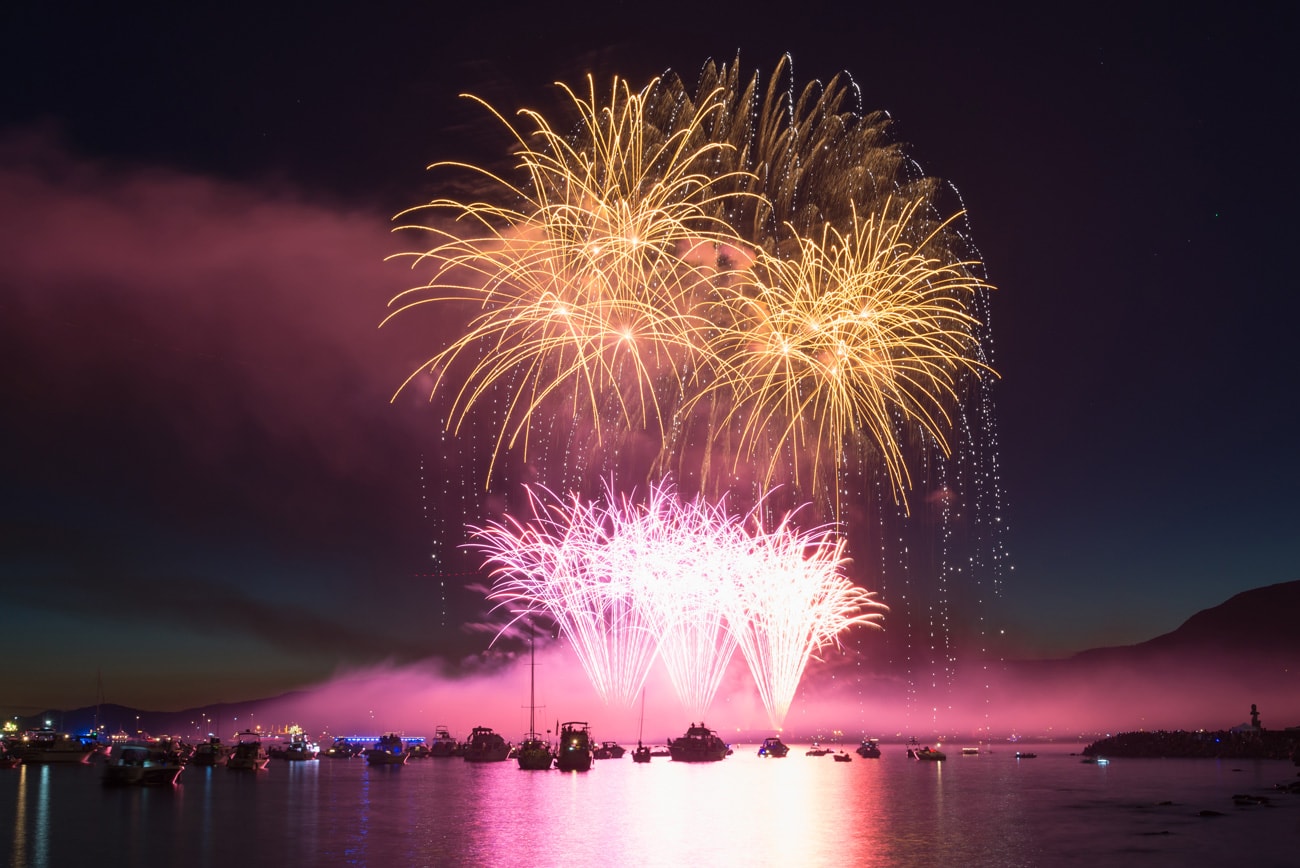 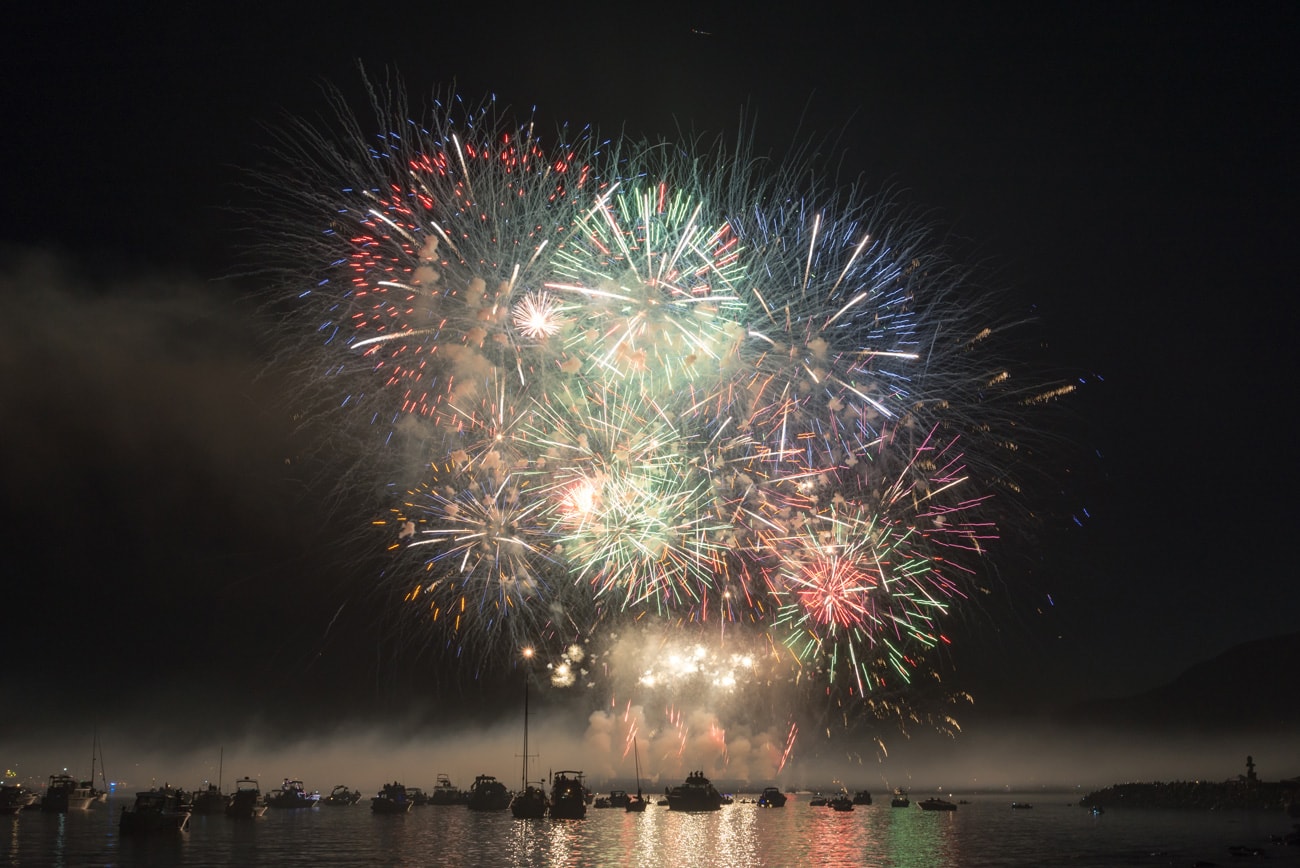 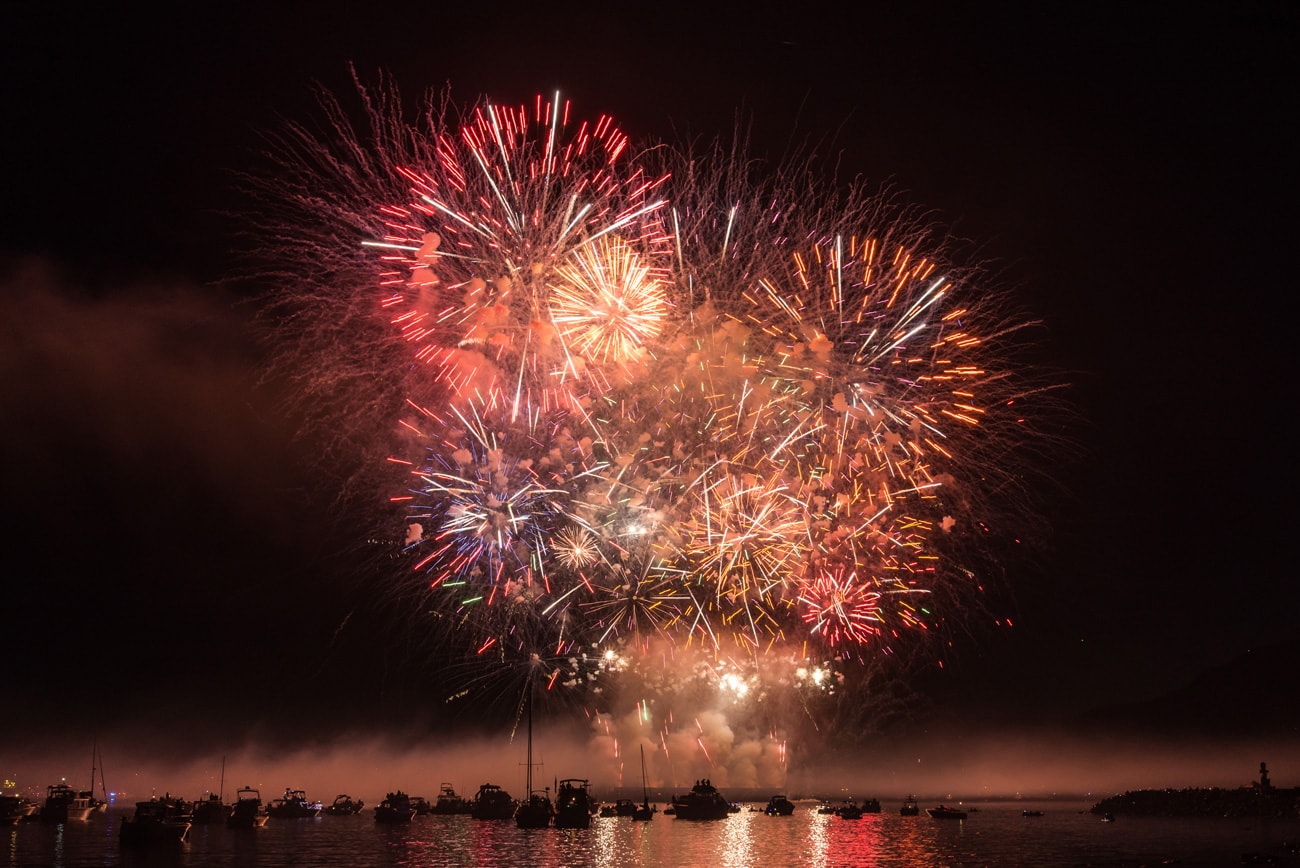 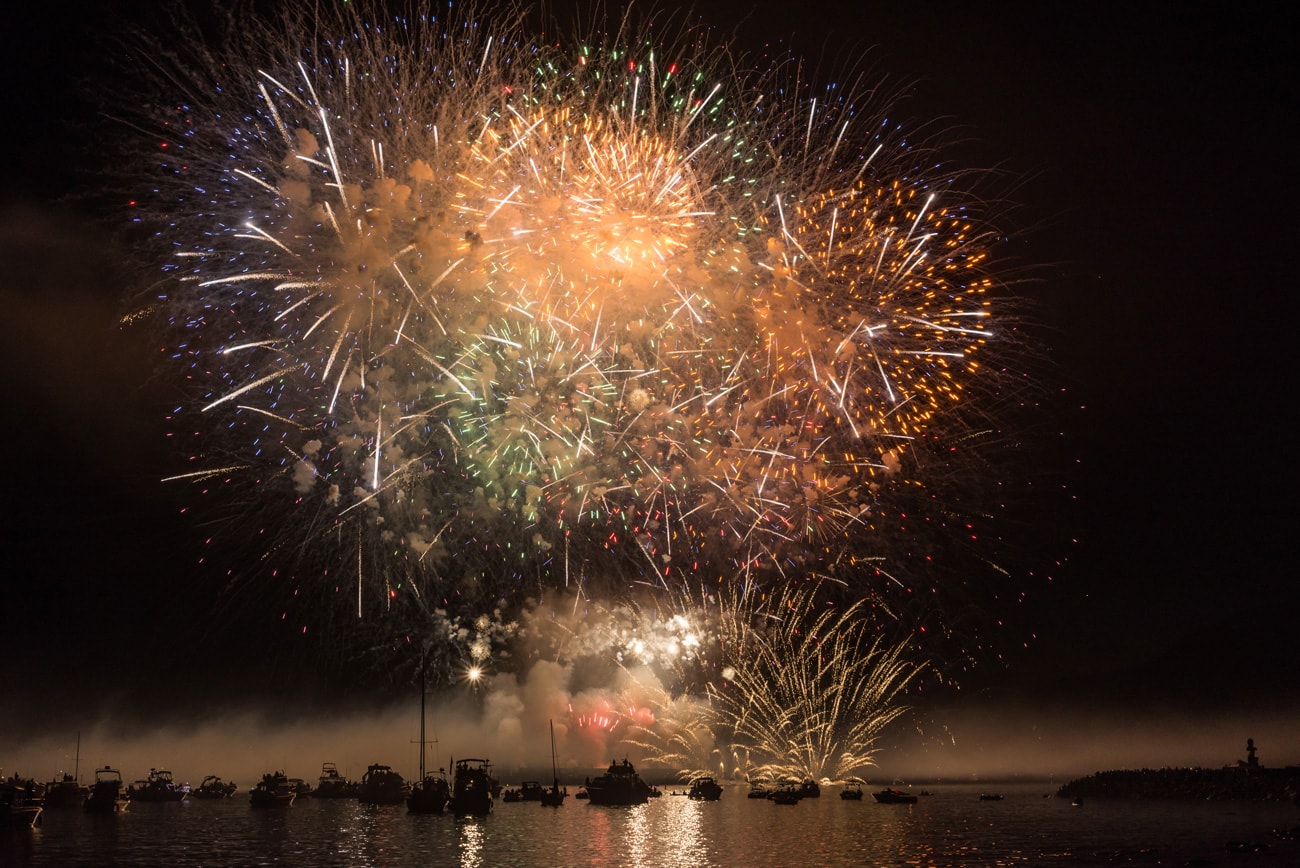 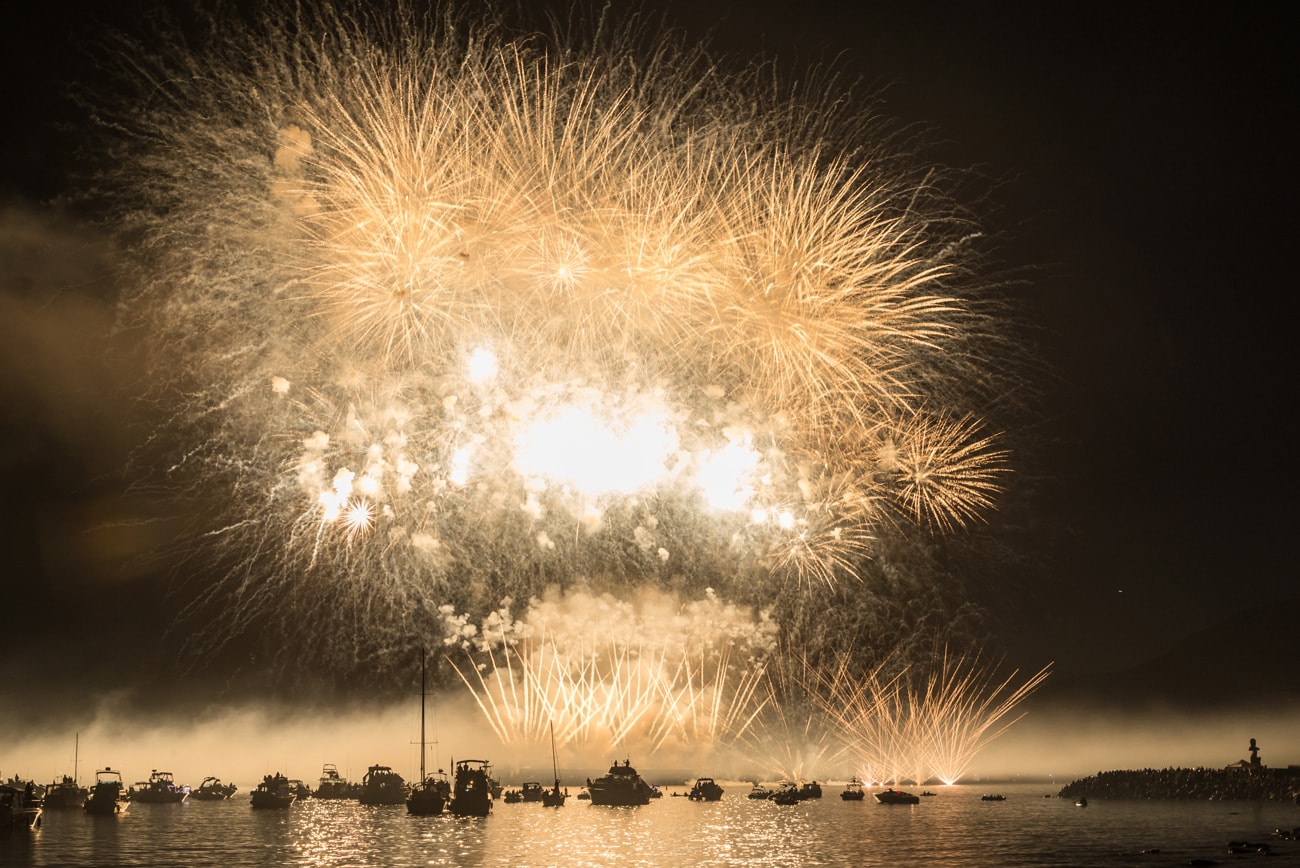 16 pictures above are from the fireworks performance presented by Team Japan, now we are going to a small beach, next to Kitsilano and we will enjoy the show by the United Kingdom.

Due to the weather and the distance, I have only selected 6 pictures for the country of the United Kingdom.

Mainly vertical, but you will find a nice closeup capture and also fireworks and downtown of Vancouver. 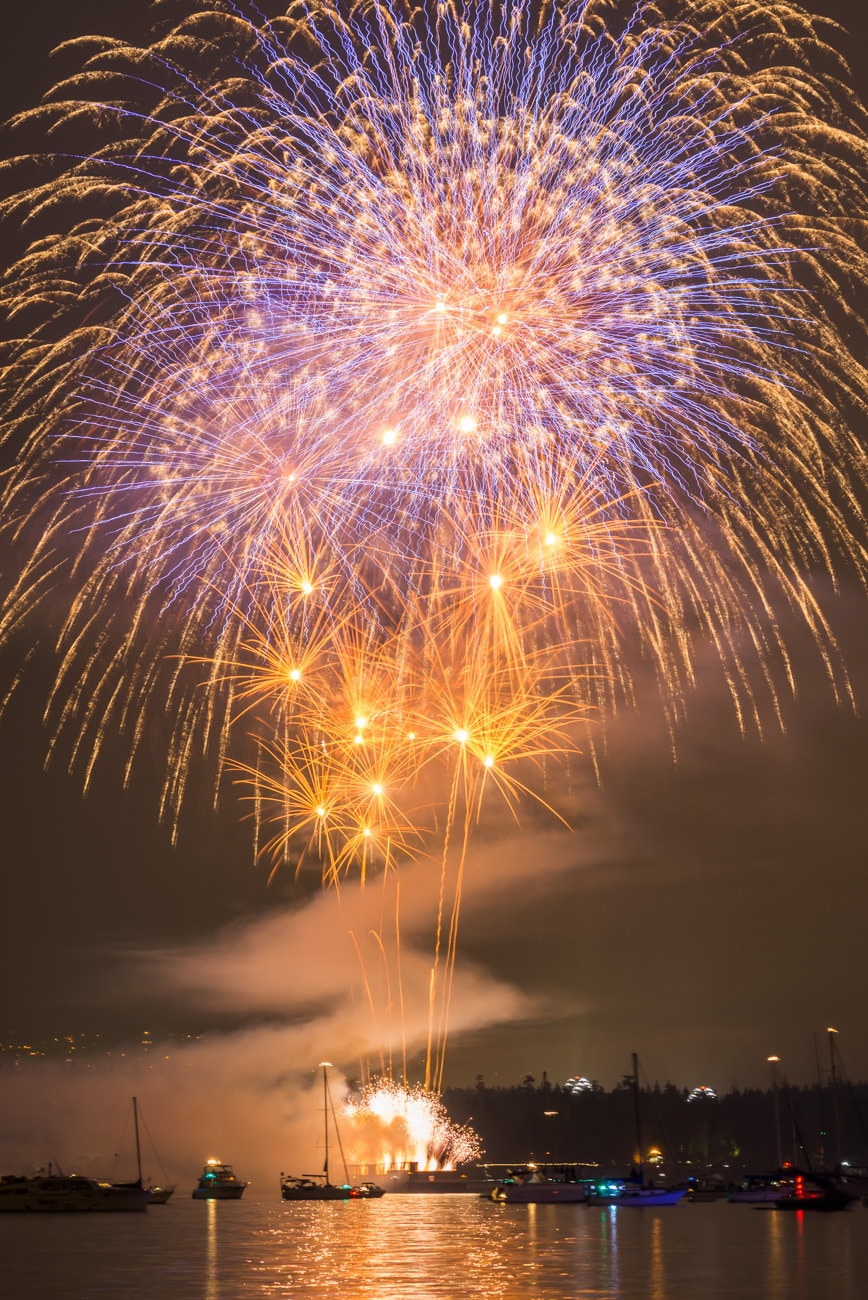 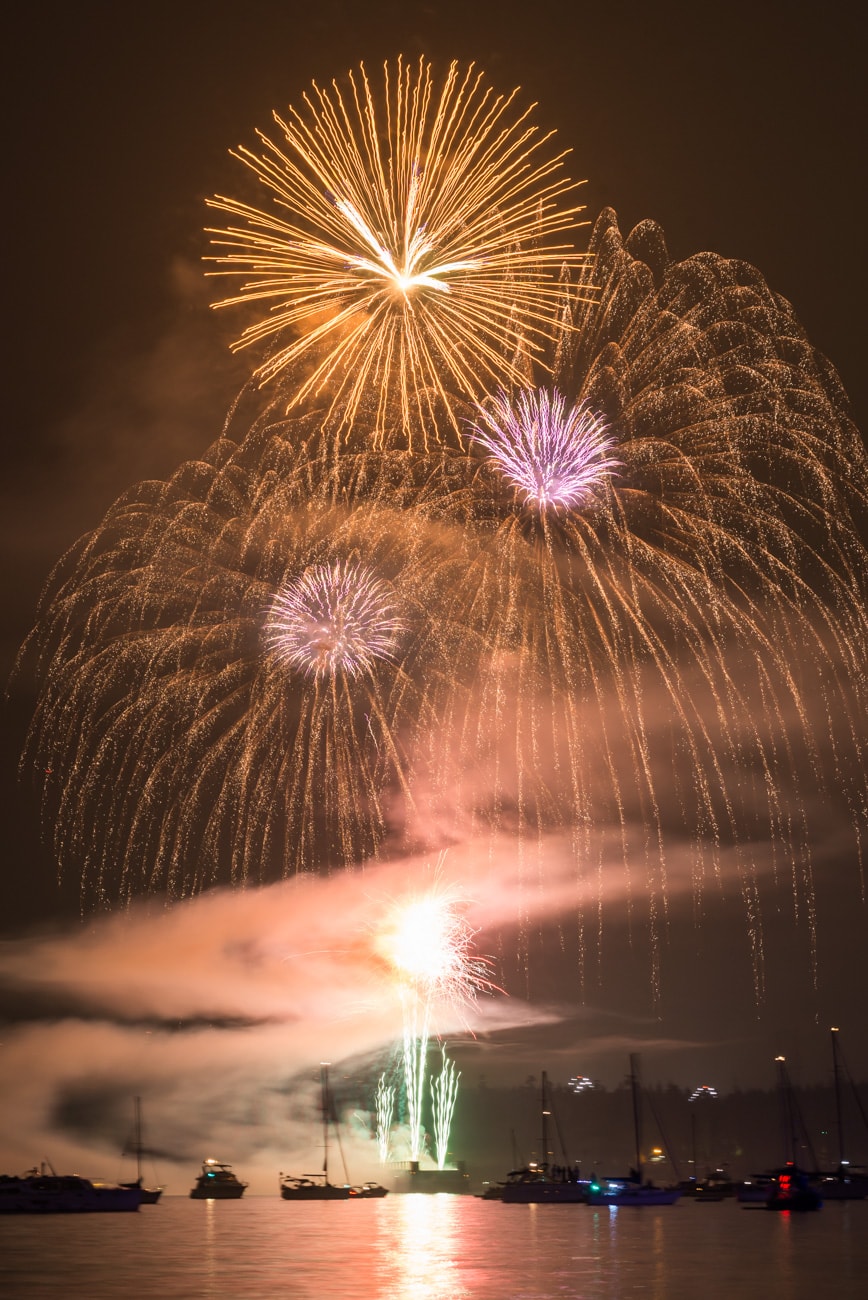 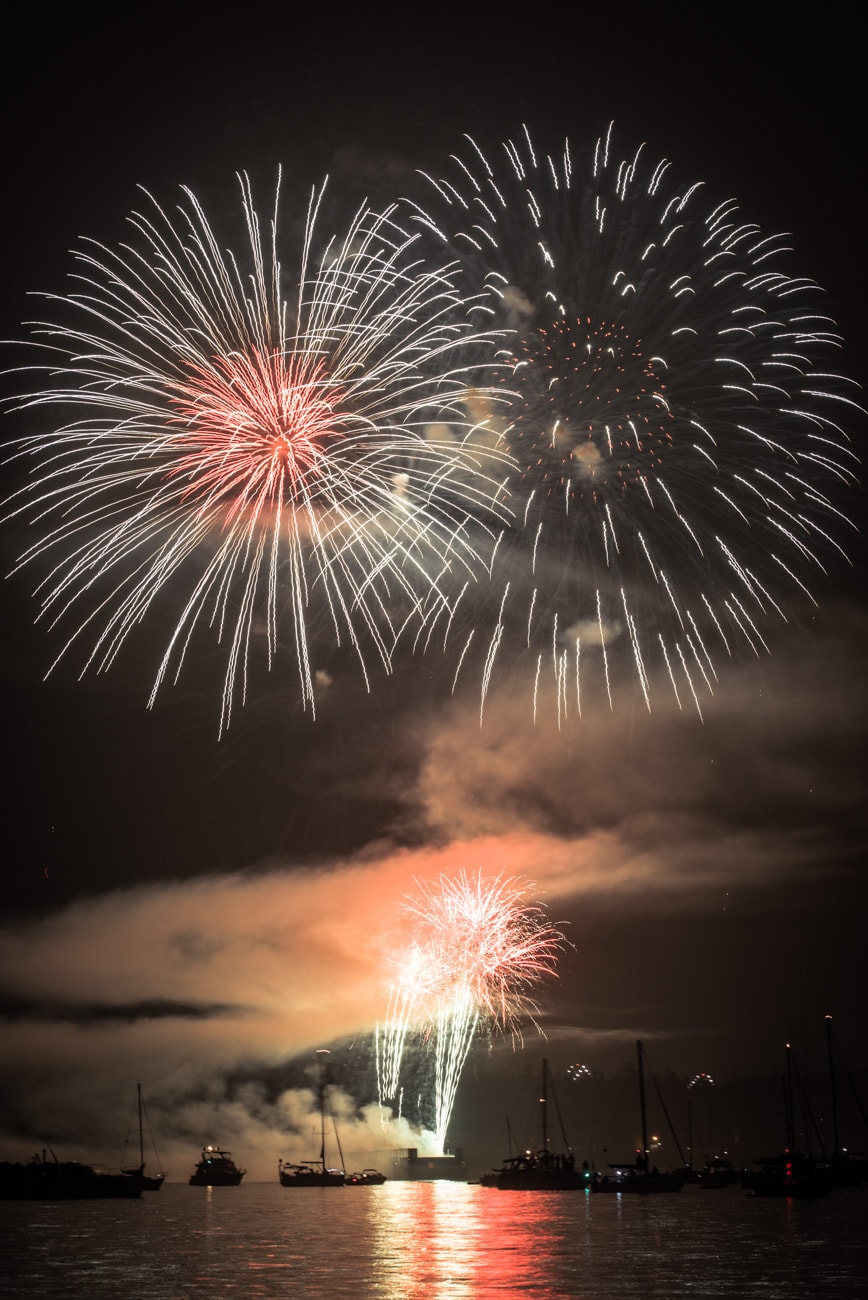 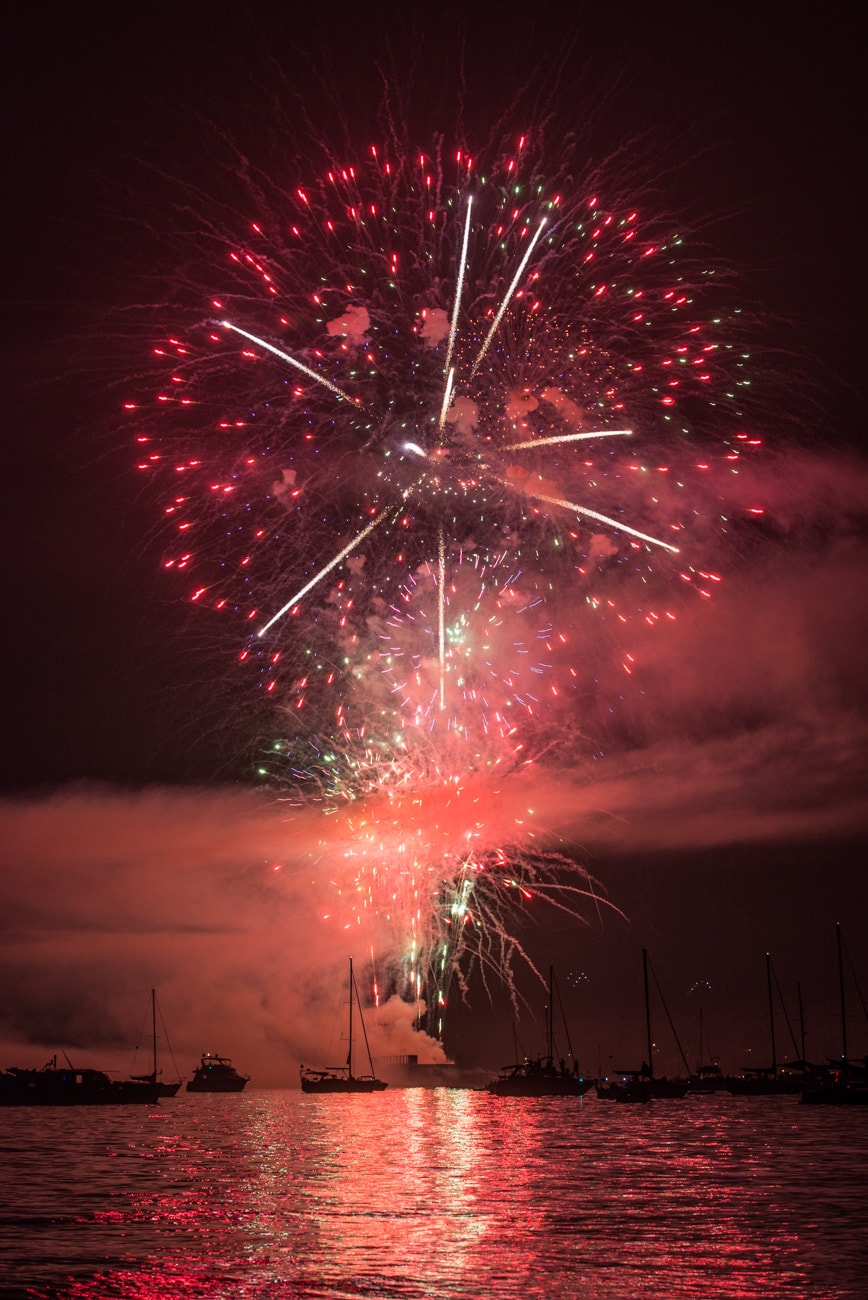 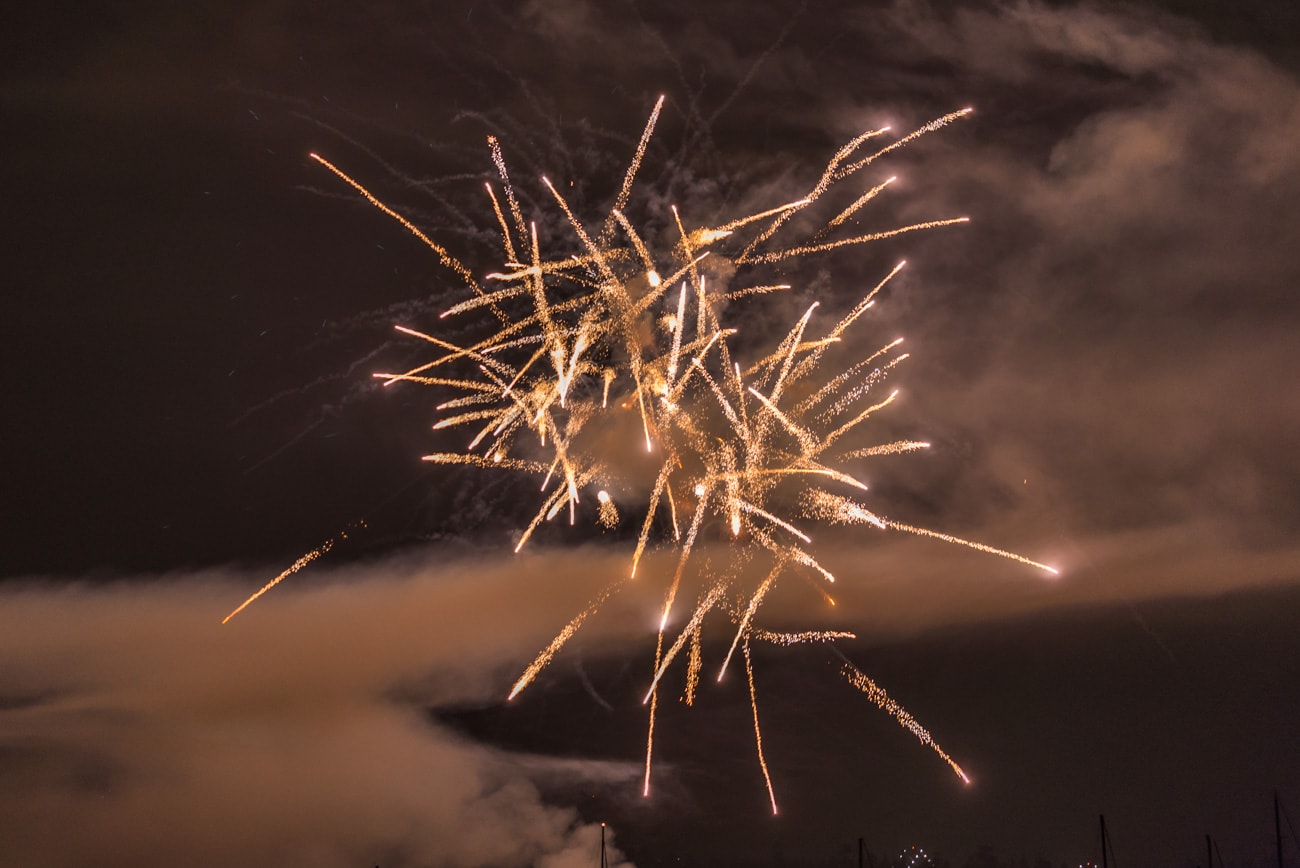 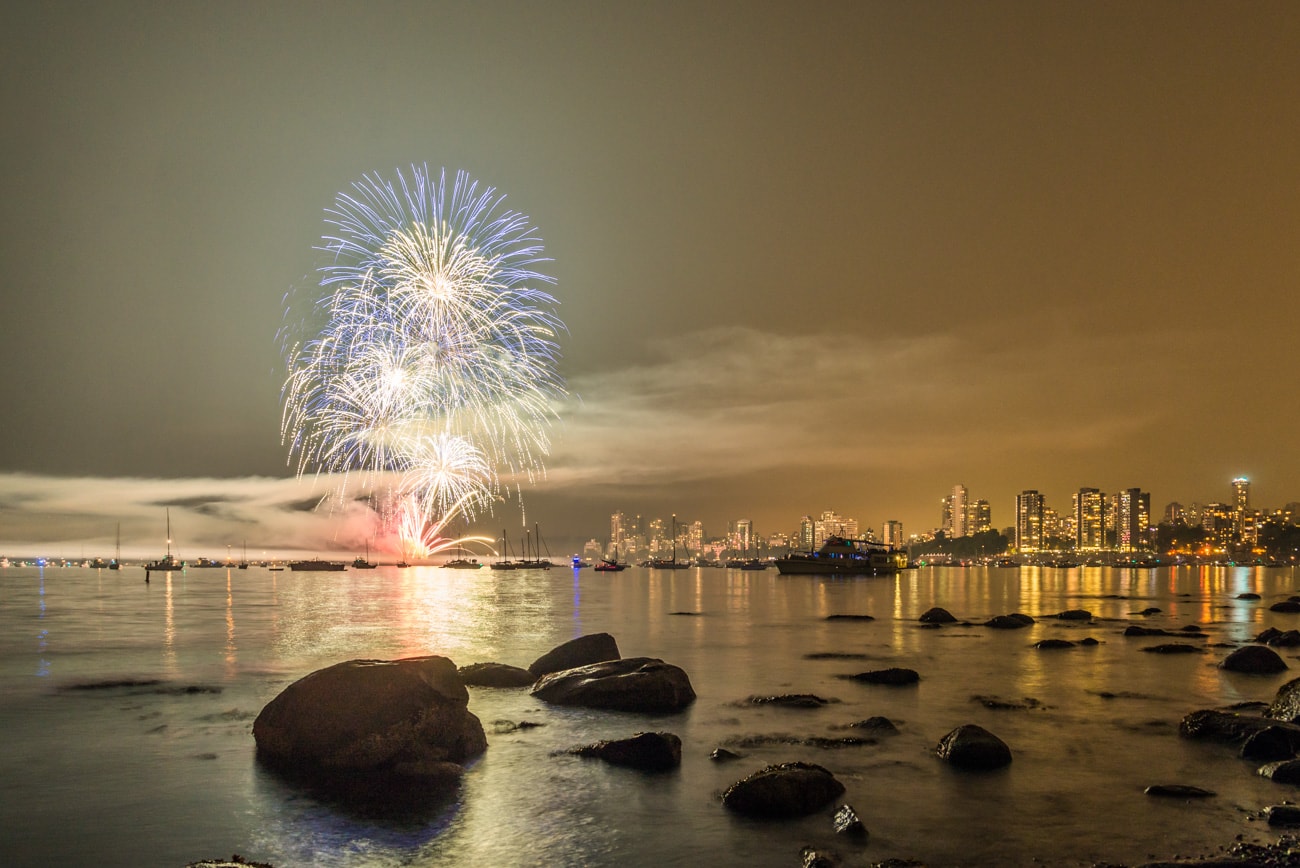 Tips for Enjoying the Fireworks

For those visiting Vancouver and planning to enjoy fireworks in the summer, there are few things good to know.

It’s extremely popular, so make sure you arrive early, so you can grab the best seat possible.

For first timers, I would recommend English Bay beach to enjoy fireworks, to enjoy not only the beauty of lights but also the music that is prepared by each country to accompany the show.

It’s good to check Honda Celebration of Light website, to check the videos that will show more of how the day looks like during the festival, but also what other performances you can enjoy.

Yes, there are more to the festival than just the fireworks. As on the image below, you can see an airshow which took place before the main event. Certainly, something fun to witness, as it’s all free. 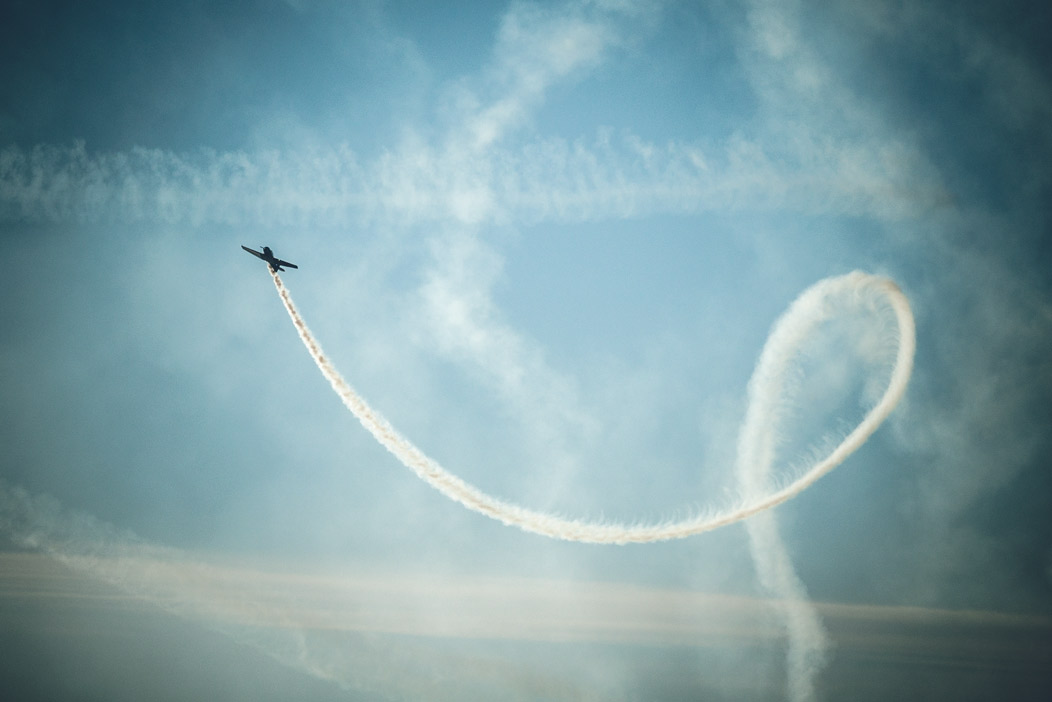 This picture I also share with you to download and use on your blog, just visit this page where the image in 1800x1202px size can be downloaded.

In 2019, over 1.2 million people enjoyed the fireworks. I know! Right? A huge number. So expect that wherever you’re gonna seat, you will be surrounded by people.

So arrive early, take a blanket with you, maybe something to eat as well, a bottle of water and maybe a camera so you can take some pictures. 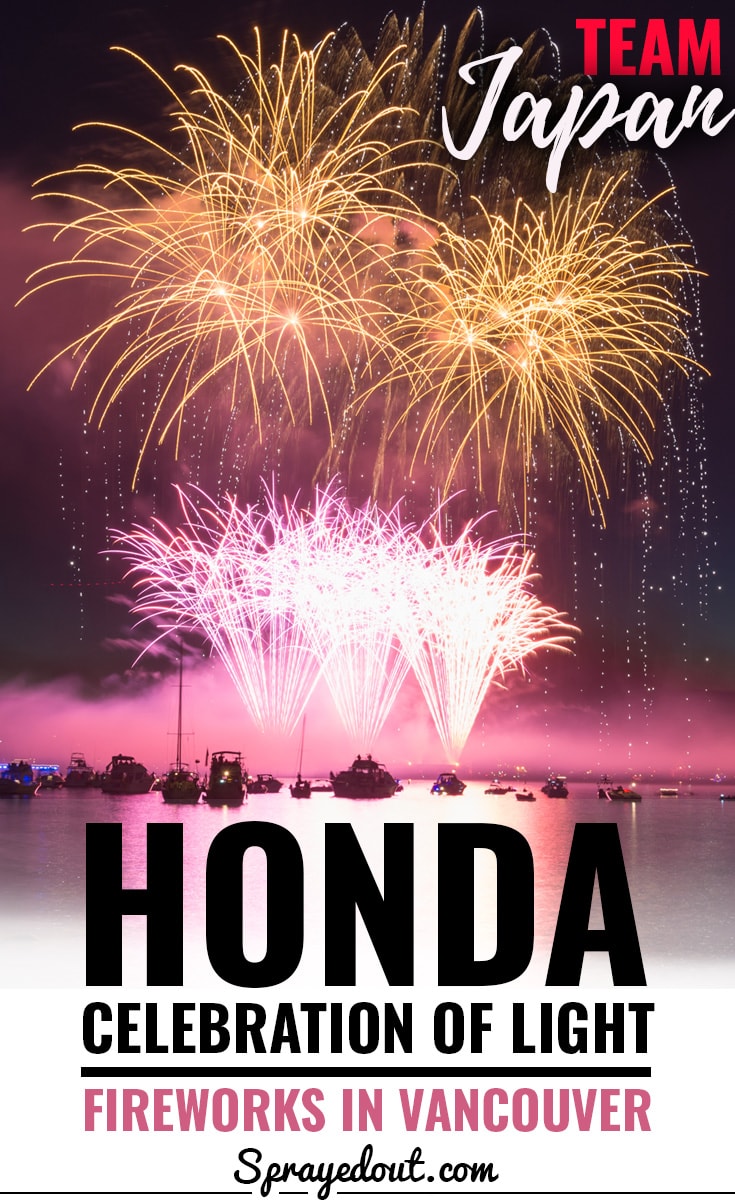 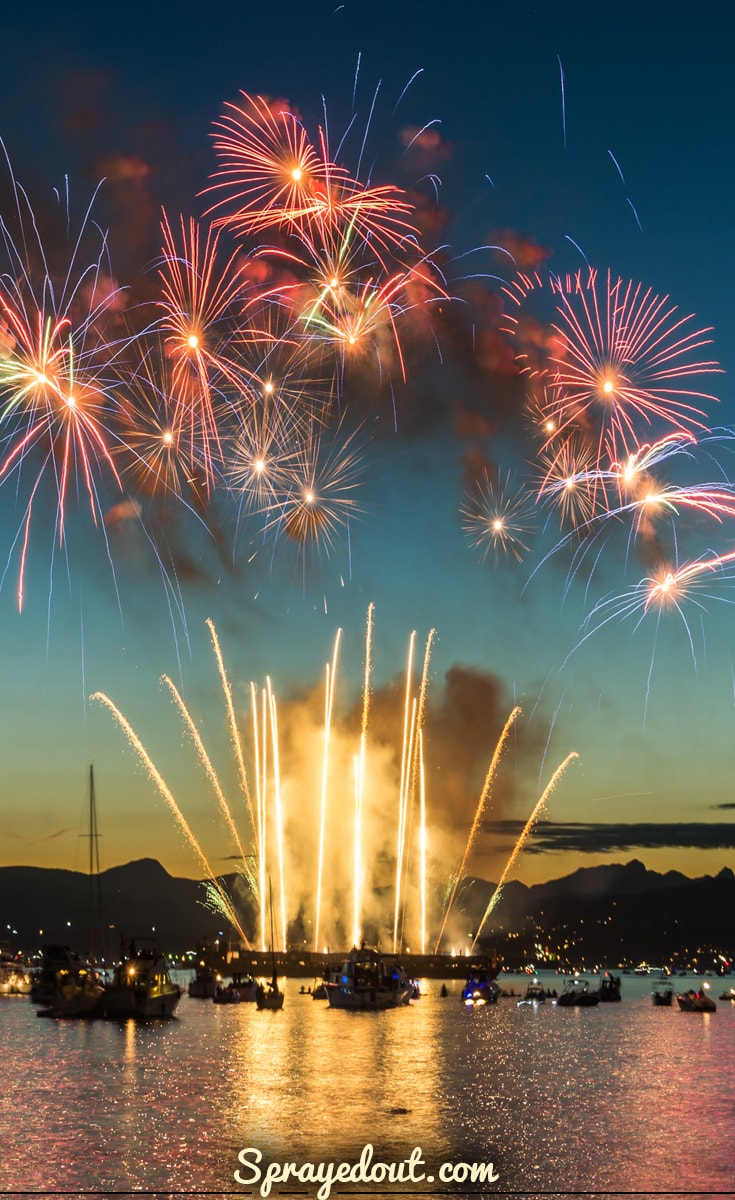 This entry was posted in Travels & Places and tagged canada, fireworks, vancouver.

There are many things I enjoy in my life and some of those things I share with you. It's my passion for photography, travel and online marketing, I hope you enjoy what I have to share and offer.