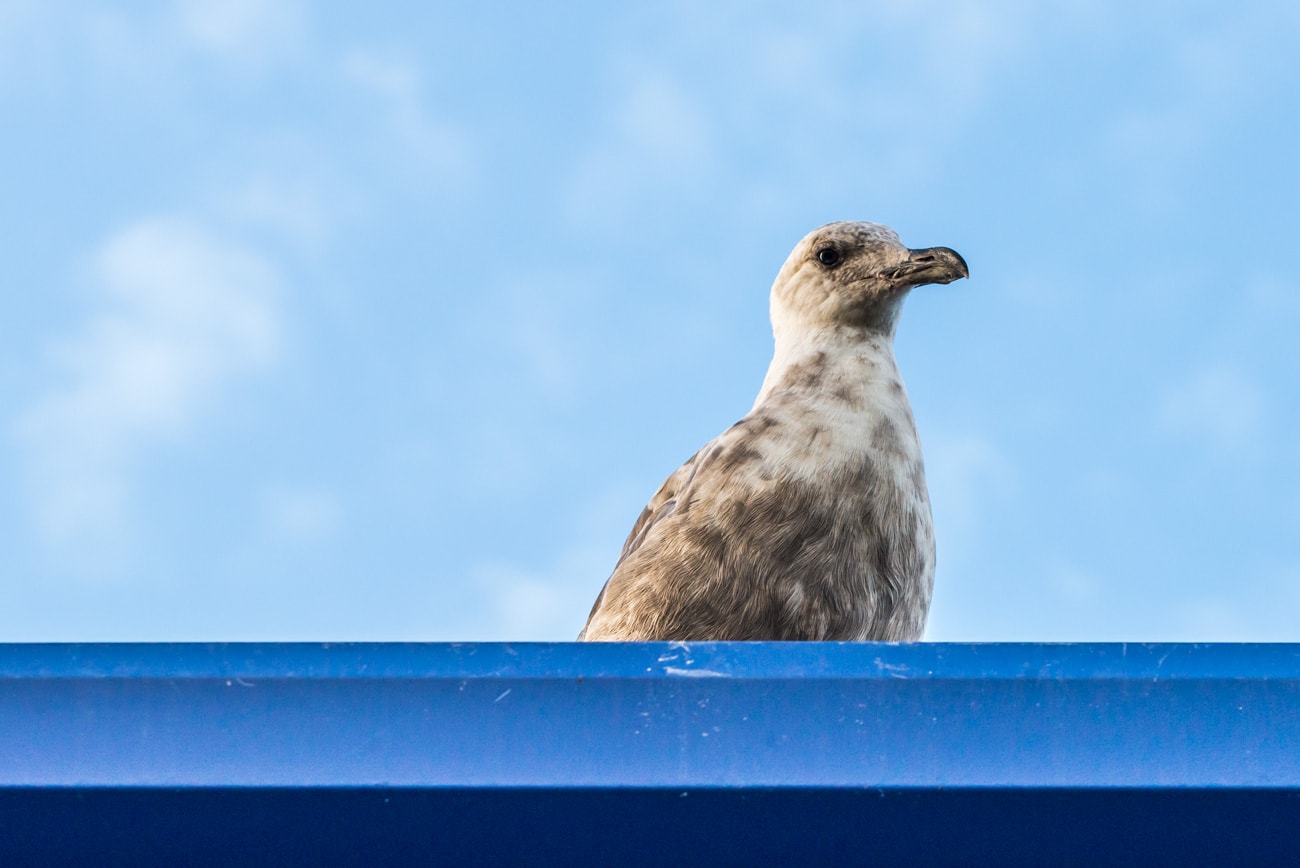 Western gull bird, it can be found quite everywhere in Vancouver, BC. It’s often called a seagull, but what my research suggested, a “seagull” term is not correct, as it can be found not only in the sea but also land.

I’m not a bird expert of any kind, so I could be wrong. There are many kinds of gull birds. It wasn’t easy to find a match for this one, especially because of its black bill. It’s supposedly common for the juvenile western gulls, as they mature, their feather is white and the bill is yellow.

But I might be wrong somewhere in there! Anyway, I like the picture of this Western Gull Juvenile, it was taken in Steveston, a beautiful village in Richmond, BC, Canada.

He was sitting on the blue roof of a building I was passing by, with blue sky behind him, so I had to take a picture of him.

He must have been looking around from there if there is any food to be stolen. I’m not sure if that’s common in Steveston, but when it comes to Granville Island, I heard many stories of gulls stealing food.

I like these birds, they are pretty and don’t mind posing for the pictures. I guess I should give him a treahoto of him, but I didn’t. Didn’t think of that at that time. Oops.

Feel free to download this picture for free to use on your blog or web article; you can also check other images of animals in case you want something different.

Western Gull on a blue roof, with a blue sky behind him. Taken in Steveston, British Columbia, Canada.

This image is shared under Creative Commons Attribution-NonCommercial-ShareAlike 4.0 International License. Feel free to download it and use it.