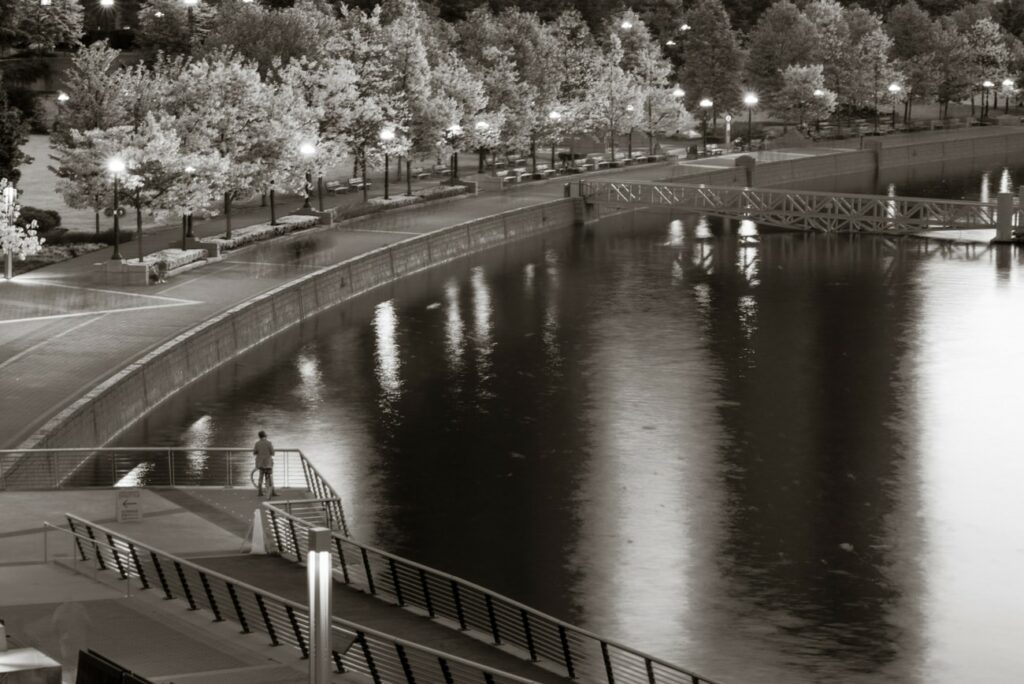 Street photography, candid, black and white picture of city life. Cityscape capture of a city with a man, contemplating, thinking and simply enjoying the moment.

I’m not good at describing an image, of categorizing it, especially when it comes to pictures like this one.

The only thing I know is that I love this picture. It’s a bit blurred out, long-exposure picture when everything in the scene was moving, except the surroundings. But people, yes they where moving.

Just one man stayed in one spot for several seconds. He was there, enjoying the moment, still and silent. What he could be thinking about? About the day that was about to end, about the beauty of the city or anything else?

On the scene everyone is moving, ghosts on the picture, but he is there as nothing could move him. And no, I didn’t ask him to be still. But he ended up giving me the picture I love. He doesn’t even know he was being photographed from the top of Convention Centre in Vancouver, yet he became a main topic of the picture.

It just reminds me of life, when we sometimes are sad. When we think “do we even matter”.

I hope he had a great day, that he was there to appreciate and be grateful for everything life brought him. My words of gratitude to the man, I will never know the face of, and he won’t even know about the photograph of him. But it was 2 of us to make it happen. Great cooperation.

I hope you let me call this image a street photography capture, a candid shot of a moment. I turned it to black and white as I think it matches it just perfectly.

Vancouver city life, beautiful place where there are many places to stop and enjoy the view and the moment. This picture was taken a couple of years back. The time when we could not imagine living through a time when we have to wear masks and feel isolated.

Feel free to download this black and white picture for free to use it on your blog or web article. 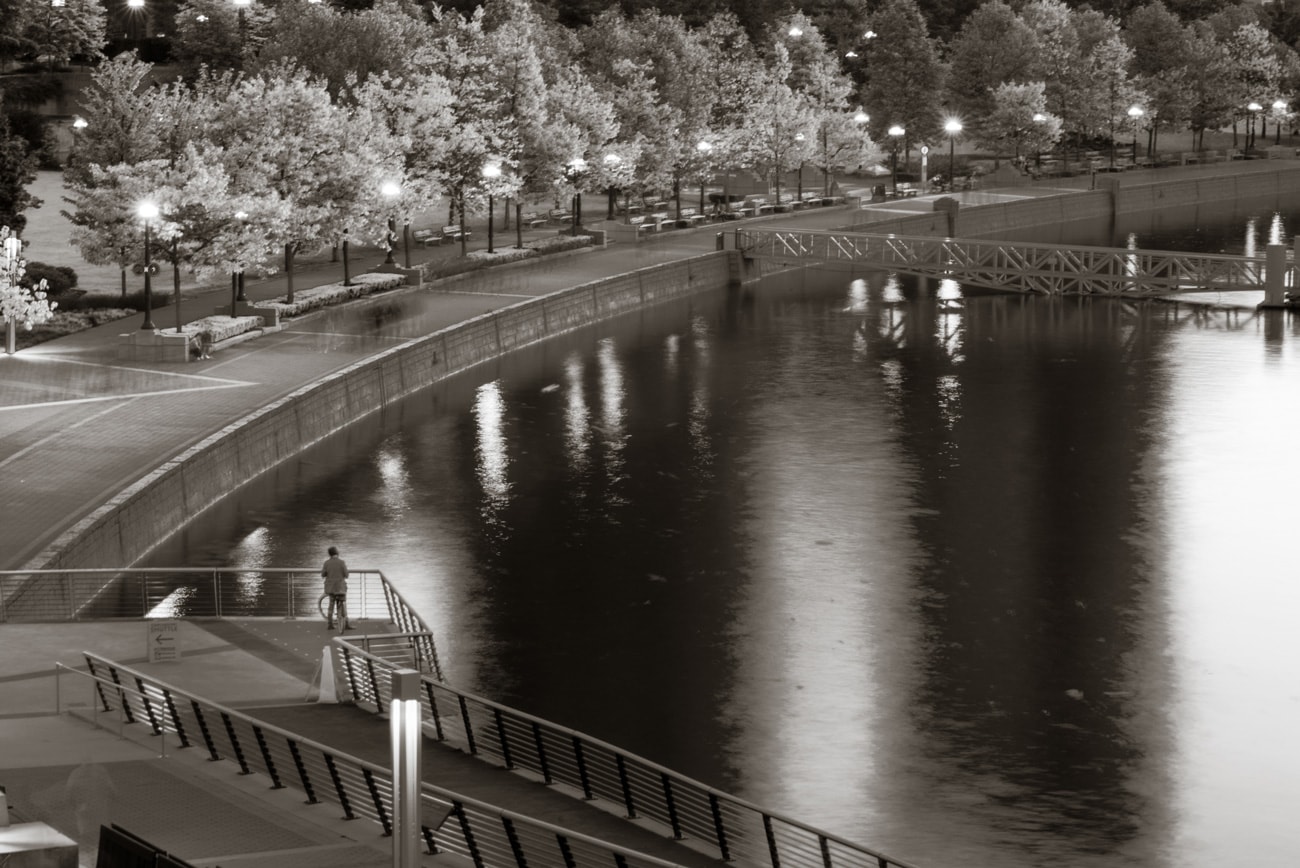 Man Thinking, Enjoying the Moment by Sprayedout.com is licensed under a Creative Commons Attribution-NonCommercial-ShareAlike 4.0 International License.

We use cookies to ensure that we give you the best experience on our website. If you continue to use this site we will assume that you are happy with it.OkNo
Revoke cookies